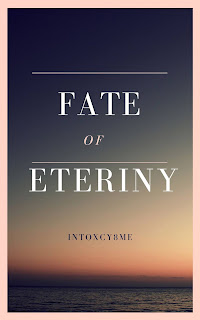 At Dreams Quests , we believe in producing great books,
one book at a time.
Never underestimate the power of a good book.
We offer our best stories in Sci-Fi/Fantasy and Thillers!
Discover your next great book! 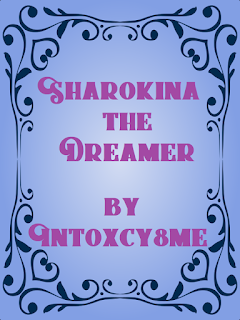 Preview of Sharokina the Dreamer

Morality and mercy are easy concepts to follow when there are no risks involved. But it will always come a day where it's not easy, when a person must choose; to die honorably like a hero, or to do the unthinkable and survive. So tell me this. Stranded and all alone in a cruel land inhabited by men that despise mercy and compassion, what will you choose. To die? Or to live?

The breeze that came through the tent opening made Sharokina’s silky, long, blonde hair blow around frantically. The wind whistled all around the camp, and she stood with her eyes closed. Feeling the way it caressed her cheeks, the way it swirled around her, power that flowed from it's strength. She let it energize her inner being, charging her magical powers. The wind carried with it other possibilities. Today it carried with it the pormise of rain. Most days, she could feel a sense of connection to this land. Other times she was quiet, though there was always the promise of more if needed.

Her hair hung in a braid down her back to keep the wind from blowing it everywhere. The ground rumbled, this time, it seemed to shake from all over the campsite. She thought it had a strange energy that didn't come from the steady rumbling of the distant volcano. A hugh haze hung around the camp, like a dark storm approaching soon. She had grown accustomed to it during the time she'd spent in the camp, but didn't mean she liked it. She gazed around the camp, most of the men were sitting by the fire-pits keeping warm.

Hunter was silent for a moment while she studied him. Her hands were placed on her hips like she was waiting impassionedly. Before he could speak she walked off towards the cooks tent. A few minutes later Hunter caught up to her, stared at her, swallowing his eyes narrowed. There was a gleam of sweat just beneath Sharokina’s brow. Hunter swallowed again. 'Yes, ma’am.' He took a breath.

'Sharokina remembered being in his head … this conversation will scare him. —They’re coming, Hunter, and you and I don’t have time to prepare any plans for our defense, before they arrive.' —I’m talking about.' She took a deep breath and spoke very slowly. 'Some of the demons are at war with humans, Hunter, but we can fight long enough for humans to become strong and take on their leader.' Hunter just stared at her. Tilting his head, he frowned. 'This whole situation bothers me. Not being able to prepare our defenses is hard to accept.' Hunter replied.

'I understand,' said Sharokina. He glanced at her. Her eyes were wet. 'I understand that well.'

Of course she did. Hunter didn’t so much sit down on the chair beside her as fall down onto it. He wiped his face, looked around with a worried glance. Hunter shifted again. “I don’t know …” He wiped his chin, and then reached out for the mug of coffee the cook had carried over to them. He blinked remembering the last encounter they had with the demons. Glowing embers from the cook's fire produced an embracing warmth, a pleasant contrast to the chill autumn air outside.

He could manage this. He had to. With a deep breath, he drew on more of the Cross-power in the Amulet, hidden under his tunic. The Talismans magic added its strength to his own, and, let out a sigh of relief. Good enough. He didn’t have much time. Soon enough, he’d have to face the creatures, so he was preparing for the conflict.

All at once, Sharokina’s body seemed to not belong to her. She had gone cold, her senses numb. Her stomach twisted into a tight knot and she thought she might be sick. A burn of anger came to life in her heart, as strong as the dream she had been having nightly. She knew she wasn't sick, just tired from the constant dream of dark creatures invading the land. An explosion rocked her, sending her flying forward. Sharokina staggered and stumbled before sprawling on the ground. The area where she had just been standing had been ripped away, leaving her out in the open. Getting to her feet slowly, she looked around the camp. Destruction was everywhere, and she looked for movement, but there was none. In the distant she caught sight of a dark flicker of movement that disappeared. Another had followed, then another. Each time there was a flicker of movement, she felt a strange stirring of magic within her. She'd never felt that sense before, but it now washed over her, leaving her nauseated. Sharokina turned to look around the campsite, but there was nothing left of it. Nothing remained of the tents or fire-pits. The men were scattered across the opening just like her.

The dark figures suddenly appeared in the distant. As suddenly as they appeared, they vanished. There had been no warnings, no time to think or prepare. Some black clouds have formed over the mountain top, black smoke appared as she starred, she realized that the demons had arrived. After some hesitation, not willing to voice her fears or doubts, she went toward the few men left in the camp.

Hunter was gathering the group in a circle around him, trying to contain the losses. He had put a spell of protection over the group, hoping it would help them organize a plan to repeal the attackers. The attacks were an outlier event, the arrival of a new force brought a conflict never before experienced by his men. The air was filled with sharp odors, underlaid by the dusty smell of charred vegetation. The blaze scorched foliage, and carried the stench of burnt flesh and putrefaction. The storm did little to the destroyed land, fires were seen burning in several different areas. Hunter had gone to great lengths to find a solution. Indeed, he had no real way of knowing if there was a solution.

The inevitable invasion of the planet by the dark demon creatures had people afraid for the lives and the lives of their friends and families. A hush fell over the assembled men, then a scream pierced the air, high, plaintive and terrible. It reminded Hunter of a death scream he'd heard a long time ago. Sharokina was pointing upwards, toward some dark ominous funnel clouds looming overhead. 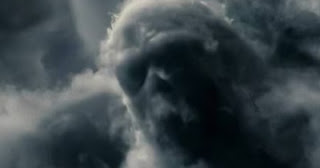 The figure of a demon was starring down at the group. Everyone turned to stare. Hunter had to admit that he was a bit threatened by this large image of a demon. Its dark features only added to the image. He had seen groups of them congregate around those same clouds before and knew just what they were. Storm Riders he had called them, knowning they really were 'Riders on the Storm demons.

I run several blogs on Tumblr, Wordpress, Blogger and I sometimes post on YouTube, Twitter, and Instagram.
I love to make custom design handmade paracord items.
I am splitting the coffees money donations half and half, half towards my websites upkeep and half goes straight back into the community via giveaways.